For 24 hours from the 16th  until the 17th of February 2023, you have the opportunity to dive into the world of supply chain cyber security and contribute to the solution of real-life challenges faced by organizations all over the world.

The CYRENE project organizes its 2nd Hackathon and is looking forward to hearing your ideas on the development of new algorithms and visualization tools that could be useful to the CYRENE components and architecture. Open-source software will be suggested for the scope and a repository will be provided for allowing file exchange between project partners and participants.

In recent years, the malware industry has become a well-organized market involving large amounts of money. Well-funded, multi-player syndicates invest heavily in technologies and capabilities built to evade traditional protection, requiring anti-malware vendors to develop counter mechanisms for finding and deactivating them. In the meantime, they inflict real financial and emotional pain on users of computer systems.

One of the major challenges that anti-malware faces today is the vast amounts of data and files which need to be evaluated for potential malicious intent. For example, real-time detection anti-malware products are present on many computers worldwide. This generates tens of millions of monitoring data points to be analyzed as potential malware. One of the main reasons for these high volumes of different files is the fact that, in order to evade detection, malware authors introduce polymorphism to the malicious components. This means that malicious files belonging to the same malware “family”, with the same forms of malicious behavior, are constantly modified and/or obfuscated using various tactics, such that they look like many different files.

In order to be effective in analyzing and classifying such large amounts of files, we need to be able to group them into clusters and identify their respective families. In addition, such grouping criteria may be applied to new files encountered on computers in order to detect them as malicious and of a certain family.

For this challenge, the CYRENE Consortium proposes a dataset provided by Microsoft via the Kaggle website

The following skills are mandatory:

Participation in the CYRENE Hackathon is completely free of charge!

The participants are free to choose any tool they are familiar with. However, we propose some tools like those:

Why Should You Join?

take part in this Hackathon

Register to the CYRENE 2nd Hackathon

An incident response plan (IRP) is a set of procedures and protocols that a company or organization follows when responding to a security incident, such as a #databreach, #cyberattack, or other security-related events. Does your organisation have such a plan? 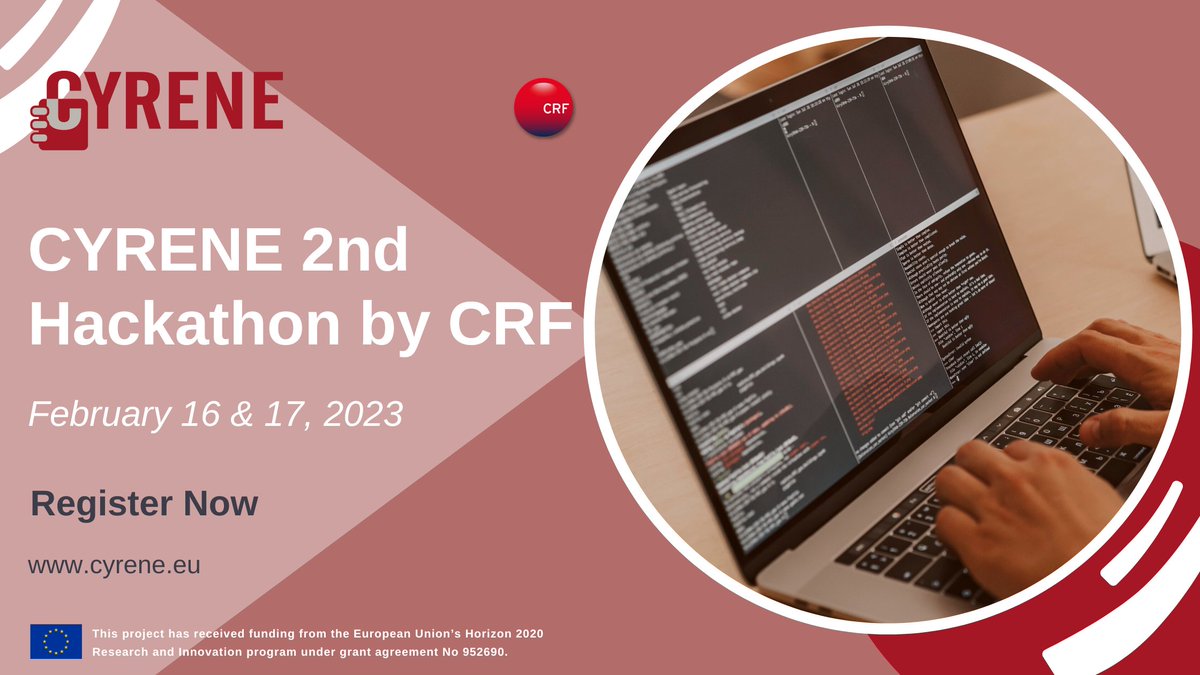