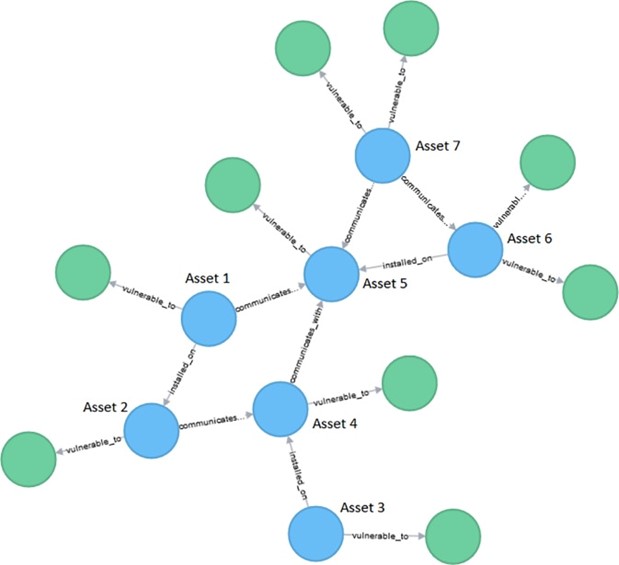 The frequency of cyber attacks and the possible damages they can cause, demand systematic and reliable approaches to address security issues. A highly valuable method that is preventing the occurrence of attacks, by exploiting vulnerabilities and detecting those attack scenarios that are most likely to happen, is “attack graphs”.

One of the main objectives of CYRENE is to enable organisations to enhance control and trust, with regards to their Supply Chains, by providing a holistic solution (WP3/WP4) that will support:

Attack graphs are significant in this area, as they represent the possible attack paths inside a network topology. They are represented as directed, acyclic graphs, that can be constructed by knowing the target network topology, including the communication rules, as well as the list of possible vulnerabilities. Before creating the graph, a reachability analysis and an attack template establishment are conducted. A reachability analysis provides a computation of the reachability conditions among network nodes, while the establishment of an attack template describes the elements of various attacks, the conditions for the elements of an attack and the relations among them.

Where can you use attack graphs?

The possibilities for usage are versatile. Besides vulnerability analysis and attack path prediction, an attack graph can be also helpful in selecting the nodes, whose security needs to be hardened and used in an uncertainty analysis. There is a variety of different methods that can be used for attack graph analysis. The selection of the most appropriate one depends on the goals intended to achieve. For instance, two commonly used probability-based models are Bayesian networks and Markov models. Bayesian networks represent a suitable manner to identify nodes that are at high risk of attacks, in order to reinforce them, where Markov models are frequently used for attack behavior prediction and detection of most likely attack paths. Additionally, there is a wide range of analysis techniques applicable for these models, that enable deriving different sets of conclusions.

If you would like to find out more about Bayesian networks see here and about Markov models see here.

Are you familiar with attack graphs as a user or as a developer? What do you think about their effectiveness? CYRENE is organizing its first Hackathon and graph analysis is part of the technologies and methodologies to be explored. Interested? Sign up here!

This blog is signed by: The UNSPMF team

Join @CYRENE_H2020 at the #CyberHOT #SummerSchool 2022 on September 29-30, 2022, under the auspices of the @nmiotc, and advance your #security knowledge to practical, effective #cyber incident expertise! Registrations are open:

@CYRENE_H2020 partners gathered for their 6th plenary #meeting on Thursday the 16th and Friday the 17th of June 2022, in Chania, Greece. The consortium members took the chance to meet face-to-face for the first time! The meeting was hosted by #TSI

📢New Blogpost! In this article, Dr. Sofia Karagiorgou from @UBITECH_GR explains the Multiple Visual Analytics over Dark Web and how this is utilized in CYRENE. Read the article here: #Cybersecurity #supplychains #supplychainmanagement #darkweb

There are several attacks regarding #IoT devices: Man-in-the-Middle Attacks, Eavesdropping, Firmware hijacking, DDoS, Physical tampering...We will try to detect some of them using the @CYRENE_H2020 integrated system in the next period setting the appropriate pilot cases